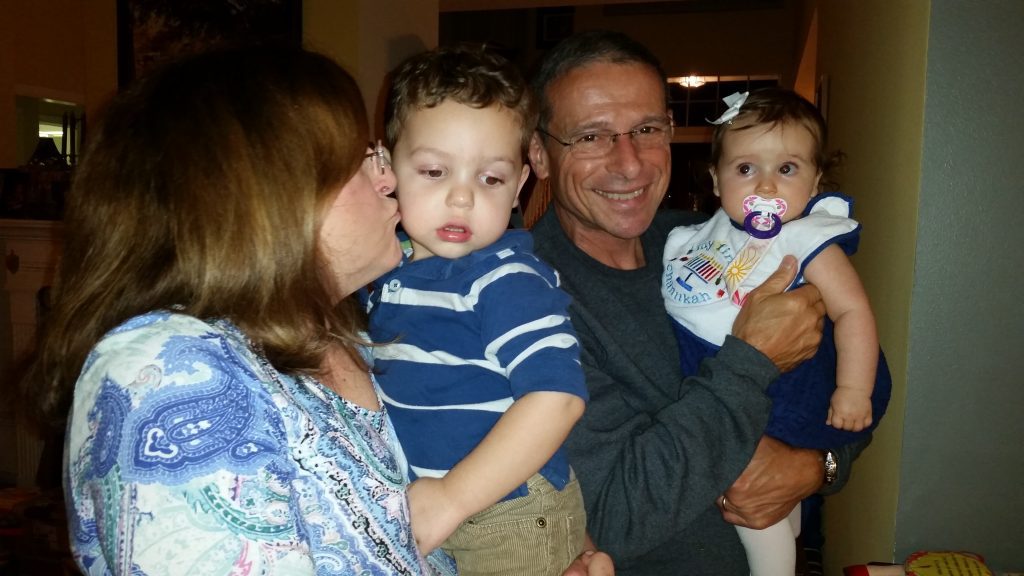 When I was a little girl, all four of my grandparents lived long distance from me. I would only see them a few times per year, usually for Thanksgiving or Hanukkah, and in the summers, we would fly to Cincinnati and stay for about two weeks, allocating one week per set of grandparents.

Those summers were very special to me. I would look forward to them all year. My mom’s parents would always set out baskets on our beds full of delicious candy and other snacks. The anticipation and excitement I internally built up to discover which candy I would get each year was as if nothing else mattered in the world. They would spoil us rotten – taking us shopping for one big toy {it was usually a new baby doll for me}, taking us to the zoo and the theme park, and taking us swimming at their country club.

My dad’s parents would take us to their farm in the country, where our grandpa would let us drive his tractors around, even as young as seven years old. We loved feeding his horses, and nothing beat lighting sparklers under all the bright stars outside of the barn every Fourth of July. 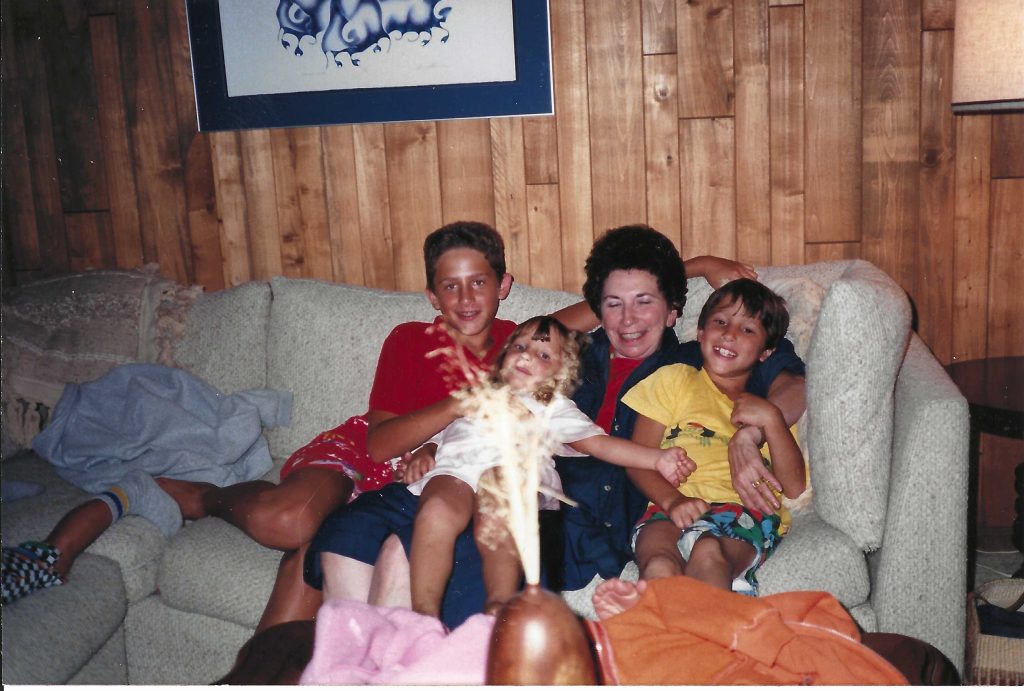 When it was time to return home each summer, I always cried. In those two weeks, I would grow so attached to them. I despisised the fact that we couldn’t be together longer or more often. I never did well with not knowing when I would see a loved one again. Still, the infrequency of seeing them was partly what made our time so special…not that I understood that all those years ago. I also didn’t consider the fact that no matter how close we lived to one another, it would probably never be enough for me. That’s how special I felt around them. I am grateful that I had so many years making memories with my four grandparents.

I knew that when I had a family of my own, I was going to try my best to live in the same town as my parents and in-laws, just to help in the effort of what I knew everyone would prefer. {Also, Houston is pretty awesome.} I wanted my children to grow up knowing that their grandparents were accessible and could be a constant part of their daily lives. That they could attend dance recitals, sports matches, and eat Shabbat dinners with us. I didn’t want them to feel the angst I felt whenever I had to say goodbye. So, that is exactly what we did.

We have been so fortunate to raise my children with the constant love, presence, and support that they have gotten since the day they were born. I will never forget the year my son went to pre-school for the first time, and we were told by the school that Grandparent’s/Special Friend’s Day was a big event each year. We were instructed at the beginning of every school year to provide their names and contact information and to make sure to mark this very special day on their calendars. 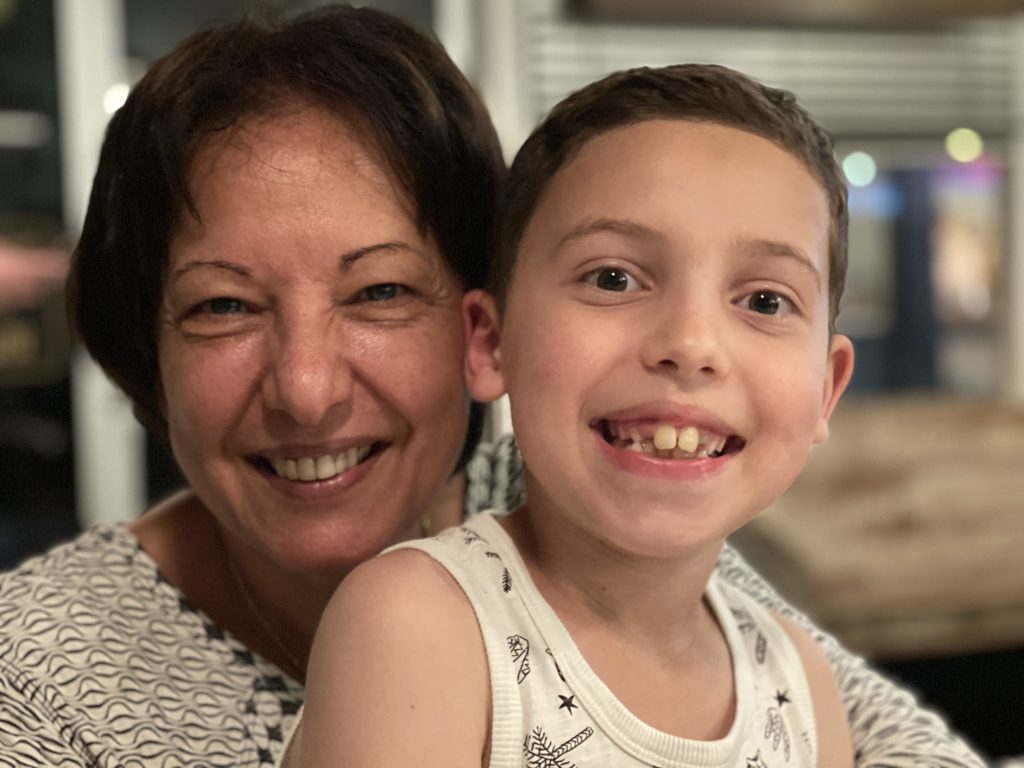 Each year, when it came time to RSVP for how many grandparents would attend the program, I would reply with all four grandparents’ names. This always made my heart swell, because I knew how lucky my children were to have four, living, healthy grandparents that live close enough to drive to their school and celebrate the day with them. I also knew this was such a rare circumstance, and I made sure to talk to my kids about feeling lucky, and at the same time not to brag about having that many people come just for them.

Then, one day we moved to France, and my kids got a little taste of what I had to go through when I was little. We were there for two years, and I knew that no longer having our parents around was probably going to be the most challenging part about being away. Little did I know that soon after we moved, we would suddenly lose my father-in-law. Nor did we know the pandemic would prevent us from even having the opportunity to visit each other if we wanted to. 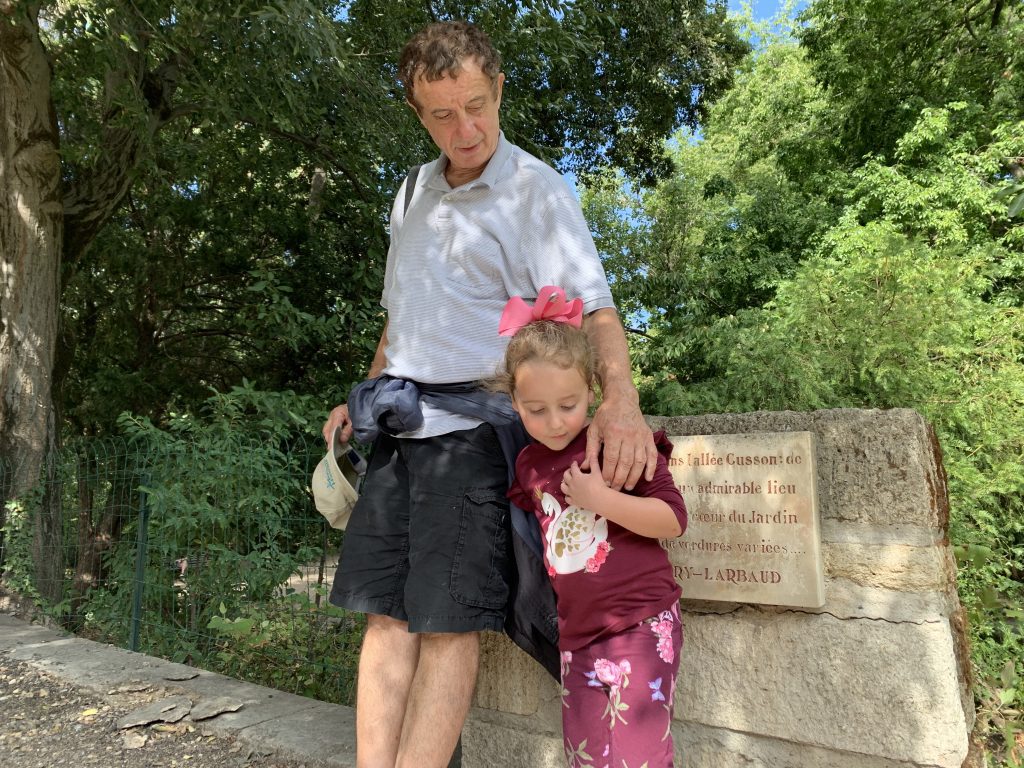 Because of those two dreadful events, my anxiety sky-rocketed. I had an epiphany that my deep-seated issue of not knowing when I would see my family again made me feel out-of-control, isolated, worried, and helpless – all feelings that originated from saying goodbye to my own grandparents for long amounts of time, all those years ago.

This time, it was my kids’ turn to shed the tears {of course, I shed them too}. They wanted nothing more than to hug their doting grandparents. But we were an ocean away and no one felt safe to leave their home. Not that France would let them in, even if they tried. My good friend in France told me about how her parents would call from England on a weekly basis and read over video chat to her kids. They would then have long conversations, as if they were in the same room, and for a moment, they didn’t feel so far away. I decided to suggest the idea to my parents and it became one of the best traditions we ever made.

On the same day each week, my kids knew they were going to get to “see” Bubbe and Papa. They looked forward to it and relished every second they were “together.” We did our best with our situation, but I knew that whenever it was possible, we needed to move back. Of course, there were other factors, but that one topped the cake.

Now that we are back in Houston, we have returned to seeing our parents as often as possible. Sometimes, I think the kids forget it was ever any different – ​​which makes me happy, because I kind of felt like those two years were a minor form of torture in the extended family department.

Recently, I began creating a slideshow to commemorate my parent’s 50th wedding anniversary. {amazing, right?} It was quite a trip to see the beginning of their life together, and compare it to where we all are now. My, how we have expanded! The most significant thing that stood out to me, though, was how present they have been in my kids’ and my nieces’ and nephews’ lives. When I think about unconditional love, I think about the type of grandparents our parents have become. It is so vast, deep and full – there is really nothing better than to grow up with that kind of love in your life.

I think about all the little moments, like when my children’s grandparents are reading goodnight to them, or playing with them on the floor. Once again, they get to attend the Grandparent’s/Special Friend’s Day, still lucky to have a large grandparent-to-grandchild ratio. Whenever I feel a little nostalgic for France {and believe me, it’s pretty often}, I think about my children’s very special bond with all of their living grandparents. It makes me smile, and it reassures me when I doubt some decisions. And I always end up thinking to myself, they are exactly where we need to be. 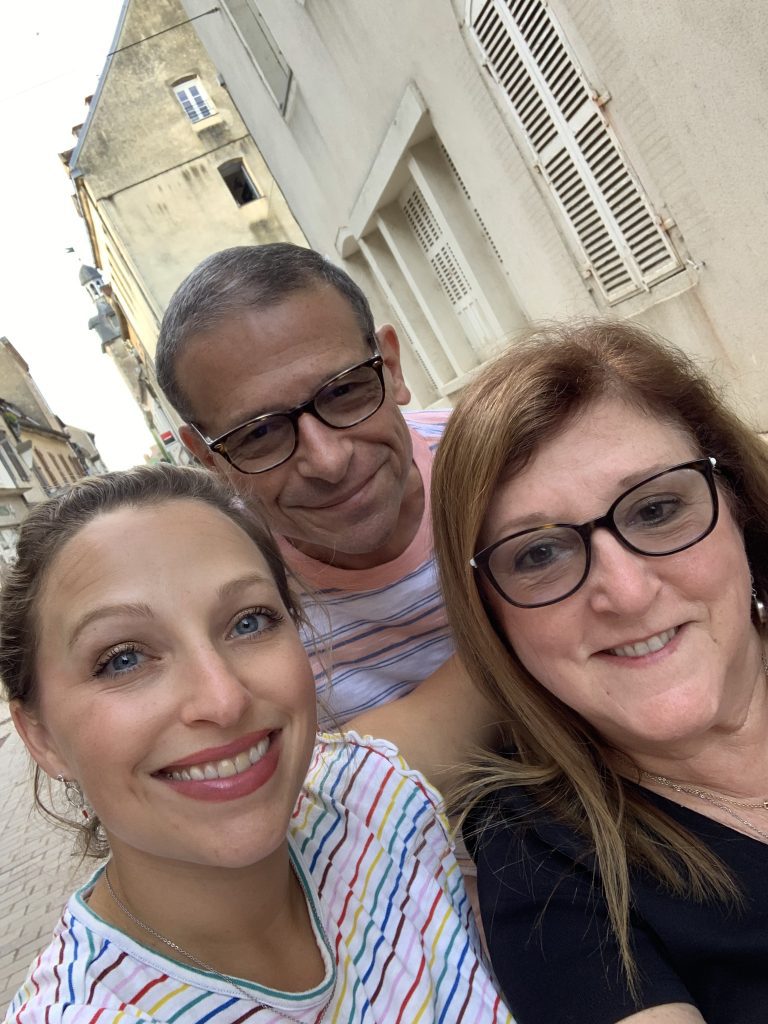